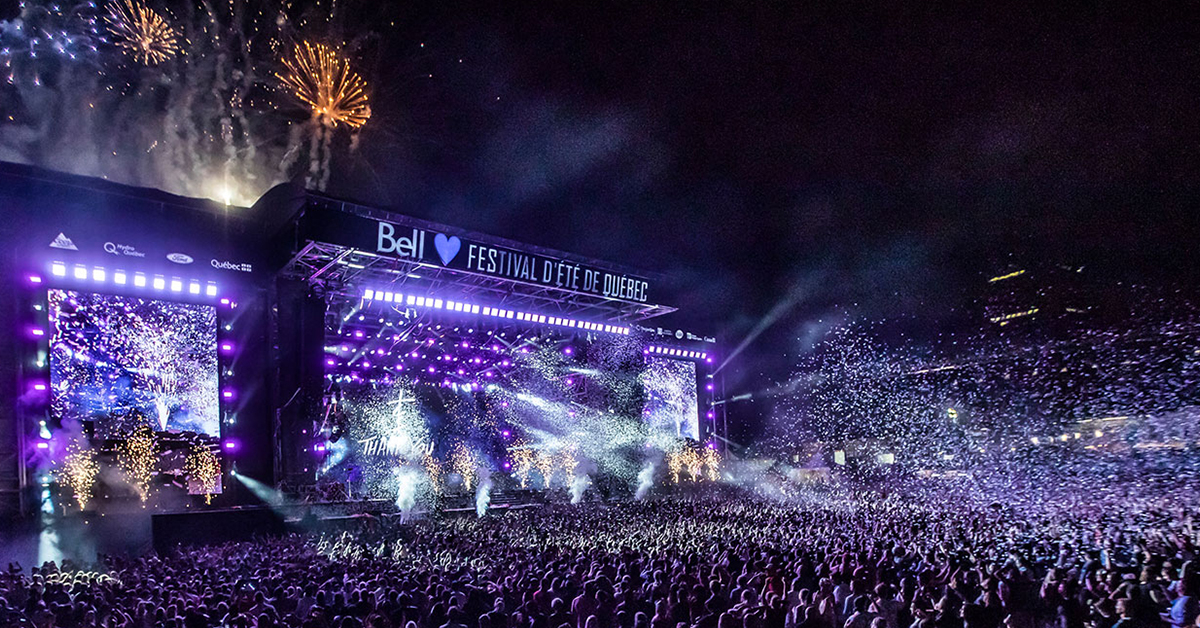 Quebec City Summer Festival is the largest musical event in Canada, during 11 days more than 1000 artists and 300 shows are offered to the public. In 2013, Unisson Structures designed and manufactured the largest outdoor stage in North America. The stage welcomed the biggest name in the industry and will marked the memory of an entire generation.

Unisson Structures worked with us to lift the roof of the largest stage in North America. Twelve hoist with large capacity are use every year, since the beginning of Unisson on the plaines of Abraham.

Maintenance and Certification of those same hoist is also insured by our team, annually.

Vice-Présient – Unisson Structures “’ For Lifting and Automation, ShowSDT is the company with the best reputation, team and expertise in Canada”