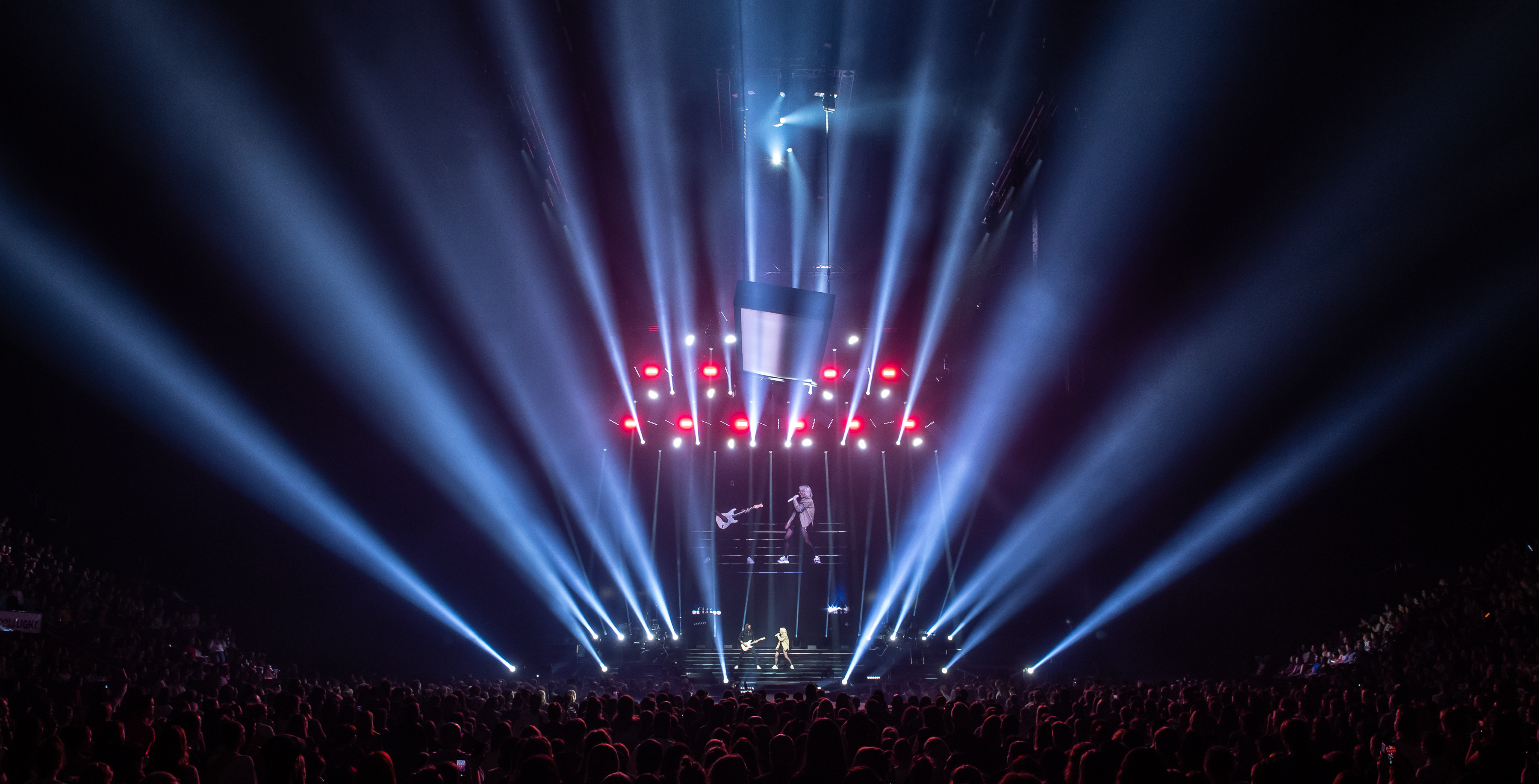 In 2003, Marie-Mai emerged and made her name during the first edition of the popular reality show ‘’Star Académie’’. She conquers the Quebec Public and makes it to the finals. It was the beginning of a great story.

In 2019, we had the chance and honor to rent the rigging and automation equipment for her premiere In Montréal and Québec.